An oft-forgotten gem of a travel destination beckons right on our doorstep in Quebec, North America’s oldest European settlement.

Founded over 400 years ago, Old Quebec is a UNESCO World Heritage site offering visitors a ton of surprisingly exotic sights and activities, considering it’s just across the border.

Marvel at Château Frontenac, known as the most photographed hotel in the world. The lobby is open if you want to check it out up close and personal, and there is a restaurant as well as a wine and cheese bar inside for a lovely break with a view.

A must-see for history buffs is the Citadelle de Québec, the biggest British-constructed fortress on the continent. The Brits had good reason to beef up their defenses – the nearby Plains of Abraham played host to a series of battles with the French over control of the newly founded settlement.

Stop by the stunning Notre Dame du Quebec, a cathedral dating back to 1647, and if you’re up for a more lengthy stroll, take a 4.6 km walking tour of the Old Town’s fortifications.

You’ll find no shortage of hotels and B&Bs in the Old Town area, as well as copious options for dining. Sample the rich and hearty native cuisine of the Québécois, including their famous poutine, but also the more refined pâté chinois, tourtières (meat pies),  and fèves au lard – beans cooked in lard (which is much tastier than it sounds!)

A great way to see the city from a different perspective is to take a ferry on the St. Lawrence River, but if you’re looking to get out of the city for a bit, check out Saguenay St Lawrence Marine Park. Just two hours outside of Quebec city, this pristine nature preserve is a prime whale-watching site.

The best time to visit Quebec City is the tourist-heavy summer months, but you can get away with visiting during the shoulder seasons as well. If you don’t mind the cold, keep in mind that Quebec City as a holiday destination is a quaint, romantic getaway with picture-postcard vistas you’ll treasure forever.

Give us a call, and we’ll get you there faster than you can say, “Bonjour!” 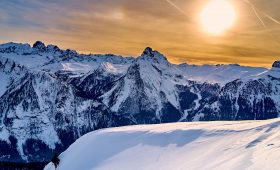 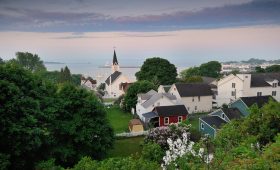 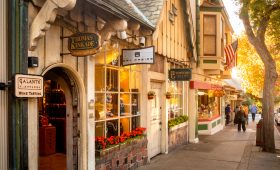